What to Expect from AR Games

If you want to know what is an augmented reality, and what games you can play to experience this kind of magic, consider this article as a helpful guide. This technology is useful when it comes to shopping and other spheres where you want to see the items in many details. For example, online shopping provides you only with photos. Sometimes, there is a video or picture with a 360-view, but this is no longer new. Compare to AR experience, where you can find out how a hat will fit you. That is why some brands are adding this technology to their strategies.

However, if you don't want to choose a hat, there's something more exciting. Let's take a look at the best AR mobile games.

Augmented reality is a technology that puts a three-dimensional image in the "real" world. It makes the user feel as if a virtual object is present nearby in the physical world. AR is also used in games, adding more realistic experience to the players. These games will give you many unforgettable hours of entertainment. Choose the most interesting one for you to get to know AR better.

If you love virtual pets, AR Dragon is a delightful way to get back to the childish memories of your beloved Tamagotchi or Nintendog. This feature is exactly what you'd want to get from a title of this genre, as here players have to take care of their little dragon, which will appear wherever you turn on the augmented reality mode. By unlocking food, toys, and other bonuses, you will eventually watch the little dragon grow into adulthood. 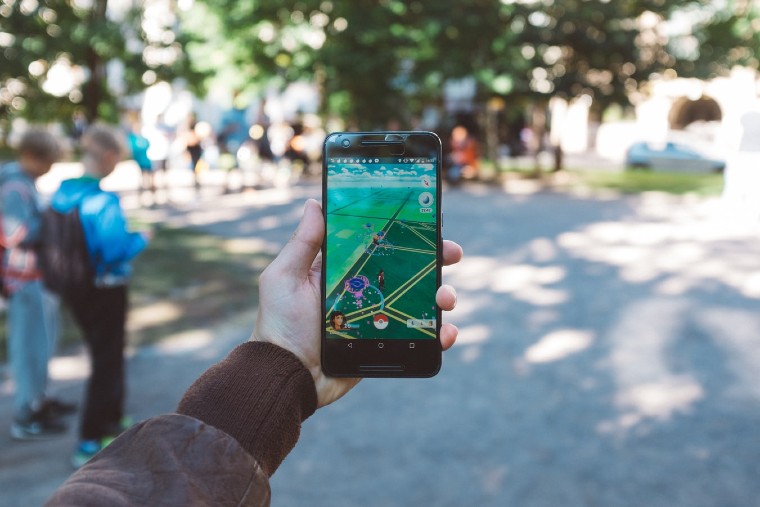 Here you need to catch Pokemon in augmented reality, improve them, and then fight with other trainers. Monsters appear in various places. The game prompts them to look nearby. To catch the animal, you need to throw your Poke Ball at it, and correctly calculate the moment. Pokémon belong to different elements, which vary in weight, attack points, and techniques. Access to the training halls where the fights occur will not appear immediately - first, you need to catch a dozen or two fighters and reach the fifth level.

"What if dinosaurs hadn't died out?" It is a question that has been asked in many movies over the years, with the legendary Jurassic Park franchise leading the way. Jurassic World Alive takes dinosaurs anywhere in your city or area. You will collect Dinosaur DNA and take care of your pets before you enter the battle. Similar to Pokemon, dinosaurs can evolve into more exciting or dangerous breeds.

Harry Potter: Wizards Unite is the conceptual sequel to Pokemon Go from Niantic. The game uses most of the same locations that players know from the previous title. But instead of throwing poke balls, you have to cast spells and fight with characters from the wizarding world. The game also offers a more compelling story than Pokemon Go, with many fan-favorite characters coming along the way. Undoubtedly, the fans will appreciate the Harry Potter AR mobile game.

Angry Birds AR takes an already proven formula from one of the most popular mobile phone franchises and brings it to life. In augmented reality, the challenging stages of the game are displayed in three dimensions, and you can use your phone as a slingshot to send a bird, and the goal is, as always, to destroy the structure.

Get New Impressions with AR

As you see, you can find your favorite heroes and new experiences in AR gaming. Dinosaurs, dragons, magic, and even the famous colored birds — you can choose anything you want. What are your favorite games and experiences with AR technology? Please leave your comments and share the selection with other readers.